On Friday, July 17th the nation lost two iconic civil rights leaders, the Reverend C.T. Vivian and Representative John Lewis. We ask the university community to join us in recognizing the significant contributions of both men who devoted their lives to social justice and whose sacrifices brought about changes to better the lives of African Americans and all Americans that we enjoy today.

At the young age of 23, Reverend C.T. Vivian participated in his first nonviolent action to desegregate lunch counters in Peoria, Illinois. He became a minister because of his conviction that racism and segregation were moral issues. In 1955, he co-founded the Southern Christian Leadership Conference (SCLC) in Nashville, Tennessee. The SCLC’s work centered on teaching students how to be leaders and activists to end segregation by engaging in a number of sit-ins and leading the first march of the Civil Rights Movement.

In 1961, he joined the Student Nonviolent Coordinating Committee (SNCC) members in the Freedom Rides in Jackson, Mississippi where he was violently beaten by police. Dr. Martin Luther King Jr. asked him to assume leadership of the SCLC in 1963 and he worked alongside Representative John Lewis to advance and eventually pass the Civil Rights and Voting Rights Acts. After being punched by Sheriff Jim Clark on the steps of the courthouse in Selma he is quoted as saying, “You can turn your back on me, but you can’t turn your back on the ideals of justice…you cannot beat down justice.” President Barack Obama honored Reverend Vivian with the Presidential Medal of Freedom in 2013.

As a college student, Representative John Lewis was a founder of SNCC and its first president. Additionally, he was one of the Freedom Riders. Representative John Lewis organized the March on Washington and delivered a stirring address to the nation on the steps of the Lincoln Memorial. In 1965, he led the march across the Edmund Pettus Bridge in Selma, Alabama a day that is forever remembered as “Bloody Sunday”. Representative Lewis was severely beaten that day by Alabama state police. The beatings he endured never dampened his pursuit for civil rights and voting rights.

Representative John Lewis introduced many pieces of legislation in congress. Legislation designed to support the poor, create jobs, gun control and universal health care. His legislation enabled the creation of the National Museum of African American History and Culture in Washington. This bill was first introduced in 1988 and failed many times before President George W. Bush signed the bill in 2003.

Sadly, many of us have forgotten what these men had to endure to secure our civil and voting rights. They suffered beatings that we can only imagine today as our collective voices continue to denounce efforts to deny the rights of others to vote and in the Black Lives Matter movement across the country. Let us honor them by remembering to vote and encouraging others to do so. I end with the final words from his address on Washington: 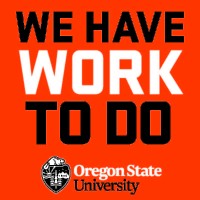