We began by proclaiming Indigenous Peoples Day, and others followed.

It’s been six years since students from the Native American Longhouse Eena Haws worked with the city of Corvallis to become among the first in Oregon, along with Portland, to observe Indigenous Peoples Day.

The second Monday of October is now a regular celebration at Oregon State, with participation from Oregon’s nine tribes and national speakers. 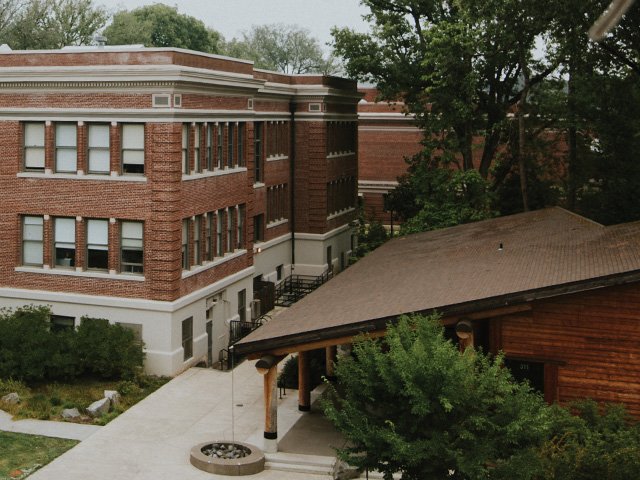 These efforts set an example that was followed by other cities, then the state of Oregon in recognizing Indigenous Peoples Day in 2017. And although the state has never officially observed Columbus Day, a movement is spreading to end the hurtful celebration of European explorers that began the violent history of colonial oppression.

The most recent observance of Indigenous Peoples Day was virtual, due to the COVID-19 pandemic, which allowed for even greater participation in workshops for students, staff and faculty. Members of the university community shared what they learned with programs, groups and in living-learning settings.

“It shows a desire for change,” she says.

As part of the virtual celebration, the longhouse hosted a Facebook livestream event, From Allyship to Kinship: Building Strategic and Structural Change by Centering BIPOC Voices and Bodies. Andrew Jolivette, a professor of ethnic studies at the University of California, San Diego, spoke about how colonists tried to strip away the self-determination of people of color.

“We are connected by history,” he says. “Inequality continues today but has led to a moment of convergence. We are witnessing another awakening in social change. We need kinship, not performative solidarity.”

Commemorations like Indigenous Peoples Day remain valuable as cultural celebrations and teachable moments. But as with Black Lives Matter and Idle No More, they must be more than just hashtags, slogans or annual events.

They must drive steady progress toward an anti-racist institution.