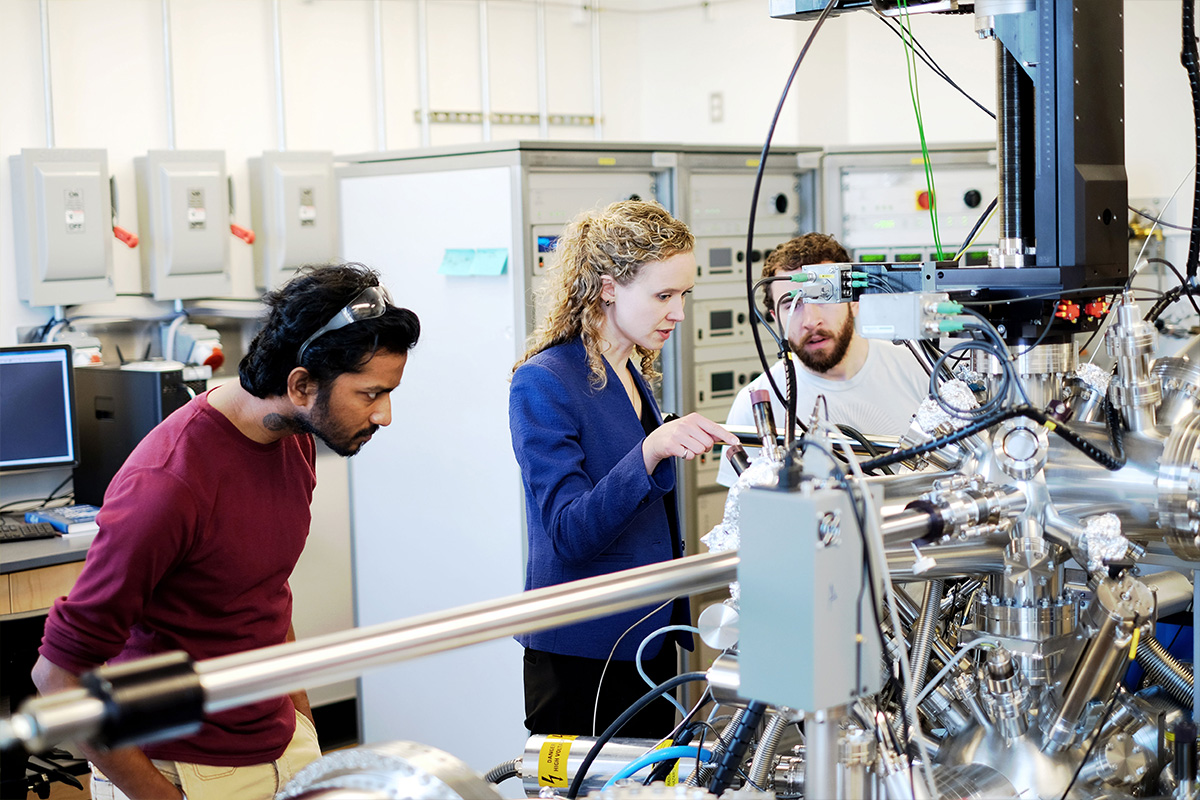 Actions in recruiting, promotion and professional development are achieving results in the College of Engineering. Under the leadership of Kearney Dean of Engineering Scott Ashford, the number of women among tenured and tenure-track faculty in the college has more than doubled since 2014. Oregon State ranks second among land grant universities and third out of 94 public Carnegie R1 universities for the percentage of engineering faculty who are women.

Those actions are also being noticed. Ashford was recently honored as one of three recipients of the 2019 Rodney D. Chipp Memorial Award from the Society of Women Engineers. Chipp, the husband of the society’s original president, Beatrice Hicks, was known for his support of Hicks’ efforts on behalf of women engineers.

Oregon State was also recognized by the American Society for Engineering Education as an “exemplar” recipient of a Bronze Award in the ASEE Diversity Recognition Program, one of 28 schools awarded the highest recognition offered in the program’s inaugural year.

“The College of Engineering has created a more inclusive environment in support of female engineers by taking a deep look at the root causes of longstanding barriers and implementing programs to achieve the desired changes,” Ashford says. “The transformation began with a strategic planning process, which led to changes in faculty recruitment, promotion and tenure, and professional development. The process includes a ‘change team’ working as an overarching body to support a change in the culture.

“Recognition like these distinctions demonstrates the progress we’ve made in diversity and inclusion,” Ashford adds. “We also know that we still have work to do in changing the culture and creating an environment where every member of our engineering community feels a sense of belonging.”

That work is continuing. The ASEE Diversity Recognition Program includes three levels of achievement: Bronze, Silver and Gold. Because these levels must be achieved in succession, only the Bronze level could be awarded in this first year. Ashford says the college has included achieving Gold status in its strategic plan. Metrics outlined by the ASEE include diversity in enrollments, retention and graduation rates and increased diversity in faculty and in the workforce.

Based on undergraduate enrollment, Oregon State has the 10th largest engineering program in the United States. Women make up 50 of 200 tenured and tenure-track faculty in the College of Engineering. Two of its five school heads are women, as are two of five associate deans.