Bernie Foster is righting wrongs and opening doors — using the power of communication. 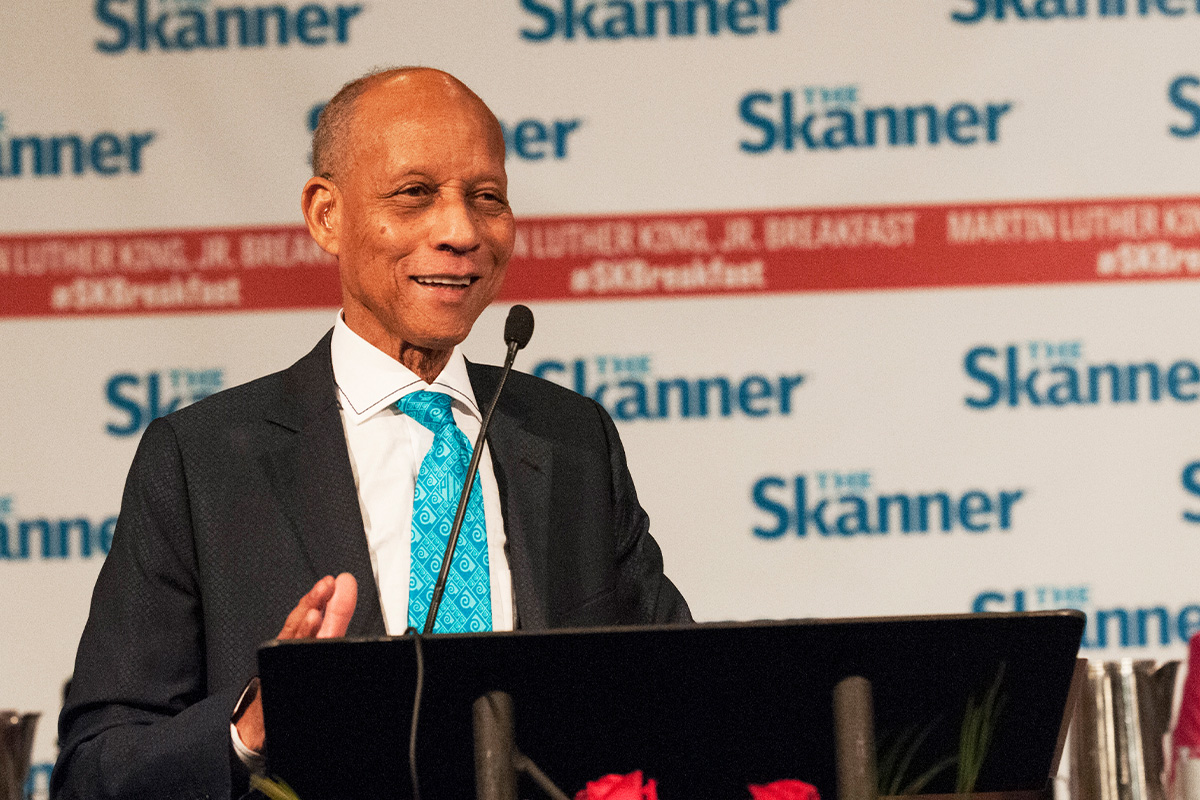 Long-time Portland publisher Bernie Foster gives back to his community by getting the word out about the issues they face.

Bernie, alongside his wife Bobbie, established The Skanner in 1975. An African American newspaper reaching underserved communities in the Pacific Northwest, The Skanner addresses topics like housing, police accountability, local and national news.

He says he was motivated to start The Skanner because “I wanted to have a voice to help shape Portland and keep fighting some of the injustice we face every day.”

One story that stands out to Foster details his experience in the movement to successfully petition and change the name of Portland’s Union Avenue to Martin Luther King Jr Boulevard in 1994 — an action that was considered controversial at the time.

In addition to his community work, Foster is helping Oregon State students achieve their goals. Through work with the Oregon Board of Pharmacy in Portland, he met with — and was impressed by — several students entering the College of Pharmacy. At that time, he noticed there weren’t many black students entering the program. So he made it his mission to support them and reduce the burden of college expenses by creating a scholarship through The Skanner.

And Foster’s giving doesn’t stop there. At the annual Martin Luther King, Jr. breakfast in Portland — the biggest event of its kind on the West Coast — the community comes together to commemorate King’s legacy through speeches, discussions and scholarship presentations. Over the event's 37-year history, approximately $1 million in scholarships have been awarded to university students throughout Oregon studying business and journalism.

Foster finds joy in helping others succeed and sharing stories that make an impact. Most of all, he is dedicated to doing his part in making our country a better place, every day.

“Freedom doesn't come free. You’ve got to work for it and fight for it,” he says. “You have to be vigilant and fight for the issues facing you on a constant basis. That's what my paper does.”